I did not understand the concept of ambivalence until my kids were about three years old. (That would have put me at 34 years old if you’re counting.) Before then, I had a vaguely negative idea about ambivalence. If I had used the word in a sentence, I might have used “ambivalent” as a synonym for “uncomfortable” or “aggravated.”

But then, I watched an episode of Daniel Tiger’s Neighborhood with my kids, and I learned all about ambivalence. Daniel Tiger is the modern day equivalent of Mister Rogers’ Neighborhood from when I was a child; many of the animated characters are drawn directly from the old show. And even though Mr Rogers himself is not in it, the new show has the same tone and the same dedication to learning about feelings that the original show had. Each episode of Daniel Tiger includes a short, snappy song – like a jingle – that sums up the theme of the episode. What I learned that day watching with my kids is that the concept of ambivalence is neither negative nor positive, and that’s sort of the point. Ambivalence is feeling multiple emotions at the same time.

As Daniel Tiger sings, “Sometimes you feel two feelings at the same time, and that’s okay.”

END_OF_DOCUMENT_TOKEN_TO_BE_REPLACED 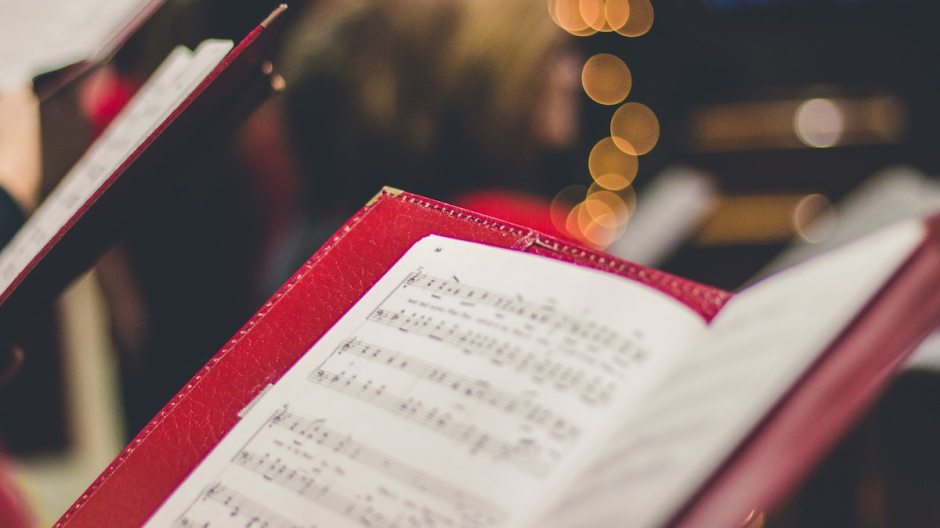 I usually listen to really upbeat music when I’m writing my sermons, often the Piano Guys, who do instrumental mash-ups of pop and classical music. Their driving rhythms mixed with familiar melodies propel me forward as I write. I’m sure I bop my head along, my fingers click-clacking across the keyboard in time with the percussion. When I sat down to write this sermon, I put on the Piano Guys like normal. But about thirty seconds into the first song, I had to switch to something else.

Because today is not normal. Today is about as far from normal as I can remember since the days following September 11, 2001. As I thought and prayed my way into today’s sermon, I noticed just how un-calm I was. I had not slept well in several nights. I had pain in my jaw, always a sign of stress. I had a thick knot of anxiety in my chest. I looked beyond the anxiety and felt a roiling mix of other emotions, which I’ll get into in a moment. Realizing my state on un-calm, I changed the music. I selected a setting of the mass in Latin by the Renaissance composer Palestrina, who never fails to help me take deep breaths.

END_OF_DOCUMENT_TOKEN_TO_BE_REPLACED

The last two weeks and this week, we’re previewing my new Bible study, which is available now on Amazon.com. I will be using it this fall with the wonderful people who attend the adult forum hour at my church. If you’re looking for a similar offering for your church or Bible study group, I hope you will give P.E.A.C.H. an audition. Two weeks ago we previewed the preface, last week we previewed Session 1, and two we preview session 2 of the five week study.