When this set of readings came around three years ago, I focused my sermon on Jesus’ words about divorce. I’m choosing not to do that today, so if you are curious about my understanding of them, I’d invite you to head into the archives of my website. I’ll provide a link in the written version of this sermon online. Today, I’d like to look at the final scene in today’s Gospel lesson, in which Jesus’ disciples try to stop people from bringing their little children to Jesus to receive a blessing. END_OF_DOCUMENT_TOKEN_TO_BE_REPLACED 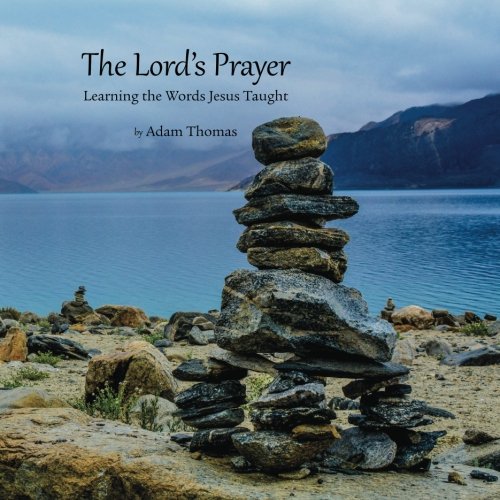 A deep encounter with the Lord’s Prayer through words and photography, to help young children learn the words for the first time and their parents to learn them anew.

A little over a week ago, we began teaching our three-year-old twins the Lord’s Prayer. I said a phrase and they repeated it, and three phrases in I realized something. How was I supposed to explain what the word “hallowed” means? I stumbled through an explanation using more words my kids don’t know, and then I stopped and realized something else.

I’m a trained Godly Play storyteller, and I was going about this all wrong. I was trying to tell my children about the Lord’s Prayer, trying to educate them as to its meaning. What I should have been doing was inviting them into an experience of the prayer on their own terms, trusting that over time its words will become a part of their language system, woven into the fabric of their faith. END_OF_DOCUMENT_TOKEN_TO_BE_REPLACED

A deep encounter with the Lord’s Prayer through words and photography, to help young children learn the words for the first time and their parents to learn them anew.

A little over a week ago, we began teaching our three-year-old twins the Lord’s Prayer. I said a phrase and they repeated it, and three phrases in I realized something. How was I supposed to explain what the word “hallowed” means? I stumbled through an explanation using more words my kids don’t know, and then I stopped and realized something else.

I’m a trained Godly Play storyteller, and I was going about this all wrong. I was trying to tell my children about the Lord’s Prayer, trying to educate them as to its meaning. What I should have been doing was inviting them into an experience of the prayer on their own terms, trusting that over time its words will become a part of their language system, woven into the fabric of their faith. END_OF_DOCUMENT_TOKEN_TO_BE_REPLACED

I confess: I have babies on the brain. I hope you’ll forgive me another sermon that springs from my impending fatherhood. I promise that in the years to come not all my sermons will generate from this experience. But it’s all I can think about right now, so naturally, in a Gospel lesson crammed with various fabulous sermonic content, I would gravitate to the verse about babies. Jesus says, “I thank you, Father, Lord of heaven and earth, because you have hidden these things from the wise and the intelligent and have revealed them to infants; yes, Father, for such was your gracious will.”

Jesus isn’t entirely clear as to the antecedent for “these things” his Father has hidden from the wise, but judging by the surrounding verses, Jesus seems to be talking about ways in which we notice and enter into God’s presence. Jesus says God has revealed these ways to babies, so today I’d like to explore four of these ways, in order that we might reclaim some of their power in our own lives. My goal in this is not to glorify childhood, but to uncover some of the delightful and important things we may have lost along the way to adulthood. The good news here is that it’s much easier to recover something lost than it is to invent something new.

For the first several months of a human existence, our species is woefully incapable of taking care of itself. We just lie there on our backs looking up at this new world that’s full of blurry shapes and is neither as warm nor as comfortable as the womb we so recently exited. We rely on our parents for everything. We can’t cook our own food. We can’t change our own diapers. And we can’t even come up with the manual dexterity to turn on the TV.

In the animal kingdom, buffet type animals – that is, animals that, sooner or later, become prey for carnivores – tend to be born ready to take on the world. They can stand after a few hours (minutes, in some cases) and can run soon after. If they were as helpless as we are, not a one would survive to adulthood.

But there’s something precious and special about our utter dependence as babies. We are born into this world in an extreme version of the state that each follower of Jesus is striving for – dependence on God. At some point in our early years, we actively (and appropriately) lose this utter dependence on our parents. After all, a small dose of rebellion is healthy in order to claim our individuality. But when this healthy rebellion sets in, it’s difficult to let ourselves be dependent again, on anyone, let alone God.

Once upon a time, we lived with the kind of dependence that a right relationship with God exhibits, the radical reliance on the Lord in all things. The memory of this reliance on a greater power exists within each of us, and we can access it again, with God’s help.

Along with our dependence, as we grow up we lose access to many other faculties we had in early childhood. One of these is imagination. Now, of course, we don’t lose this faculty fully; the ability to imagine can stick around for a lifetime. But the imagination of early childhood is special. There are neither boundaries nor inhibitions. Whereas an older child or an adult might feel foolish chatting to imaginary people, the small child sees it as the most natural thing in the world.

There need be no prompting or stimulus. The imagination carries the child into new worlds that seem just as real as the real world because the real world hasn’t been explored yet. Exploration of the real and imagined worlds happens simultaneously, much to the bewilderment of parents, who see their children fascinated by the most ordinary things. Of course, to the child, the feather duster isn’t a feather duster – it’s a rare bird migrating home to Antarctica.

Because the imagination of early childhood is so untamed, it’s much better at communing with the source of imagination. We are made in the image and likeness of God. Because we are made in God’s image, we have the ability to imagine. Just as God imagined and then spoke creation into being, our imaginations help us see and celebrate all the profound links between our world and our world’s Creator.

Once upon a time, each of us imagined with unfettered power and scope. But even now, we can imagine ourselves into God’s presence and discover that we’ve been there all the while.

So we have dependence and imagination as vehicles of God’s revelation. And closely linked to imagination we have the expansive concept of wonder. Wonder comes in two forms, and young children exhibit both. First, wonder happens when you are in awe of something, when you are engrossed in something bigger than yourself that you cannot explain, nor do you desire to explain. In small children, this kind of wonder happens for all sorts of things – things that grown-ups consider mundane. The rain pattering a window, the dog’s fur, and the fireplace’s crackle each have the capacity to instill wonder in the young child who has never experienced these things before.

Second, wonder happens when the desire to explain creeps in, but the ability to explain does not yet exist. Here curiosity meets inexperience, and an explosion of questions results. But have you ever noticed that young children hardly ever ask yes/no questions? Theirs are often much deeper than they realize, especially their favorite question: “Why?” We adults have trained ourselves to look for answers. But wonderers like young children are happy exploring without needing such a goal at the end.

Once upon a time, each of us had the ability to wonder. We can again. And when we do, our awe will prompt us to ask questions that do not have easy answers, but instead lead us deeper into the heart of God, who is the object of our wonder.

Dependence. Imagination. Wonder. Rediscovering these facets of ourselves helps us see God’s revelation in this world. And finally, we have the natural physical manifestation of imagination and wonder. This is called play. Play happens when we engage both our imaginations and our bodies. We dance to unheard music, we build castles with pillows and sheets, we sculpt mountain ranges with our mashed potatoes.

Play is the most common manner in which young children encounter and learn about the world. Play leads to better manual dexterity, better spatial relations, and more active imagination. There’s little separation between play and the rest of life. But at some point during childhood, play becomes segregated from the more serious side of life. And by the time we reach adulthood, many of us have simply lost the desire and ability to play at all.

As adults, our version of the play of small children is called recreation. It has other names as well: hobby time, dates with your spouse, relaxation, vacation, Sabbath. Just say the word “recreation” differently and see how our play reveals God’s work: re-creation.

Once upon a time, each of us played just for the sake of it. When we play now, God gives us the opportunity to rediscover the joy and delight we had as children. Such joy and delight connects us more deeply to the God who desires to make our joy complete.

In today’s Gospel lesson, Jesus thanks his Father for revealing to babies ways of seeing and entering into God’s presence. By granting this revelation to the youngest of children, which we all were once, God instilled in each of us certain knowledge and abilities that might atrophy from disuse but will never be lost completely. With God’s help, we can recapture our dependence. We can discover God’s image in our imagining. We can stumble into the sublime state of wonder. We can take joy in play. Once upon a time, these things came as naturally to us as breathing. And as we seek to grow deeper in our relationships with God, they can again.