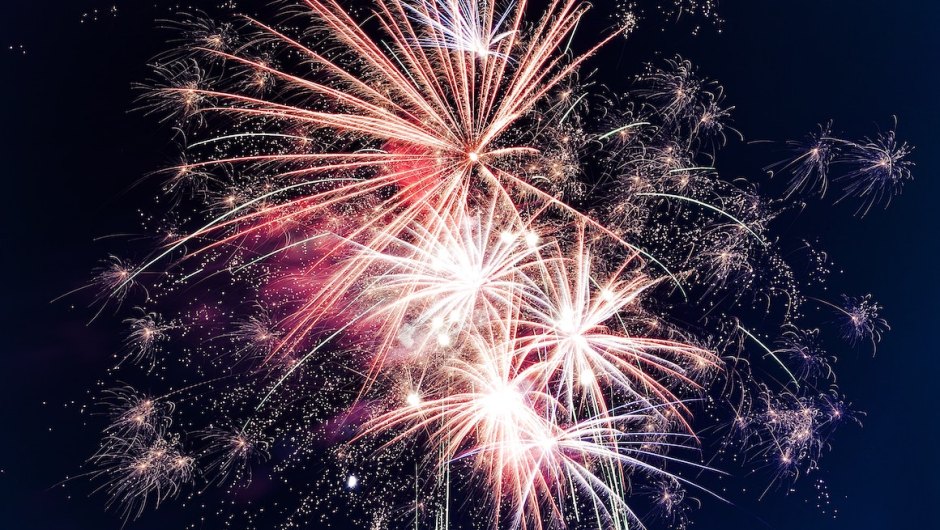 A few years ago, I read something my sister Melinda wrote on her website at the beginning of a new year. Melinda is something of a mystic: a writer and yoga teacher, who spends her days working at the YMCA to make sure as many kids as possible can benefit from the Y’s programs. Now, I’ve never been one for New Year’s resolutions, so I was glad to see she had put a different spin on the concept. As she looks at the horizon of a new year, Melinda discerns not a resolution, but an intention. Here’s what she wrote two years ago:

“In years past, I’ve written about and set an intention rather than a resolution. In yoga we call this a sankalpa – a word or small phrase in the present tense that represents where we want to go or what we want to cultivate.” She continues: “I hadn’t planned on designating a new sankulpa for this year either, but as I was lying down for a little rest the world community sprung to my awareness… I don’t know what community is asking of me, but I do know enough to let it be, and open to what this energy wants to create through me.”

As we enter a new year, I offer to you my sister’s wisdom. And I invite you to pray for an intention of your own this year. One way to get ready to receive such an intention from God is to look back on past years of your life and try to, shall we say, reverse engineer what your intention was. In other words, what doors did God open for you, and which doors were closed? Of the open doors, which did you walk through? We make so many choices everyday of our lives that seeing God’s movement in those choices is really hard. Prayerfully discerning an intention can make that movement easier to see because a well-formed intention helps us make our decisions.

Here’s a quick rundown of my last decade, reverse-engineered as to what I think I was open to each year. I think these would have been my intentions if I had been, well, intentional about it. These are ways that God brought me fully alive in the last decade, and I share them with you to encourage you to do the same prayerful introspection.

In 2010, my word was Love. I moved to Massachusetts and a month later, I met Leah. It was obvious from the word Go that we belonged together. Until meeting Leah, I hadn’t experienced an unselfish version of love. When I did, I realized what true love looks like.

In 2011, my word was Companionship. Leah and I got married and moved in together. We spent the year learning how to be each other’s spouses, and it was pretty great.

In 2012, my word was Perseverance. Every month we tried to get pregnant, and every month we failed. We cried a lot that year and wondered if our dream of having children would come to pass in the way we envisioned it.

In 2013, my word was Possibility. We met with a fertility doctor who assured us there was, indeed, something wrong. It wasn’t just bad luck that we hadn’t gotten pregnant. We began fertility treatments and at the same time, I began interviewing at a church in Mystic, CT. The day after Chris Barnes invited me to be your rector, we had a special medical procedure and two weeks later, we heard two tiny heartbeats on the ultrasound.

In 2014, my word was New Life. We moved to Connecticut and waited for the babies to arrive. They came at the end of July and our world changed overnight. We now had two precious gifts from God to bring into the world. And for the first time in my life, I began to understand the tiniest glimmer of the kind of love God has for each of us and for every piece of God’s creation.

In 2015, my word was Reliance. Being a parent of twins is hard. Until the kids were born, I had never relied on so many people for so many things. In fact, I think I secretly prided myself for my ability to do things by myself (which, by the way, is a total illusion). But with the kids in our lives, we had the joyous opportunity to ask for help and find so many willing hands able to give it.

In 2016, my word was Creativity. I started writing books again after a few years’ hiatus. I began telling stories in a fantasy world of my own creation. And I realized that writing fiction is a spiritual discipline for me because the act of writing my own characters helps me see how God continues to write my story into being.

In 2017, my word was Dissonance. In all my life, I had never bothered to look hard at the world around me because the world was working out just fine for me. But I went searching for answers in the wake of the presidential election, and I discovered how blind I have been to unjust power structures and systems that privilege certain identities. The dissonance did not feel good, but it was necessary, just as dissonance in music pushes the music forward to its next consonance.

In 2018, my word was Awareness. I continued the quest to understand so much of the world that I had been blind to in the past. I became aware of some things and aware that there was so much I still did not know or understand. My study continued, especially in the realm of racism and white supremacy and how my life intersects with those cultural evils.

In 2019, my word was Silence. I had so many new world views and causes for action trying to integrate themselves into my person that the only way to address the world was to come from a place of silence. Silence allows me to come into God’s presence without the need to judge or decide, but just to be.

For 2020, I am still discerning what my word will be. I think it will be “Peace” – peace in the way Dr. King defined it when he said, “Peace is not merely the absence of some negative force—war, tensions, confusion but it is the presence of some positive force—justice, goodwill, the power of the kingdom of God.”

I hope you will try this exercise with me this year. Here’s how Melinda invites us to find our words. She says, “If you’re into the idea of setting an intention all you need to do is take a few moments to breathe, reflect, and listen. You could take a walk, read something sacred to you, and journal. Or not. Just be on the look-out for what shimmers. Finding an intention is more about receptivity than focus.”

That’s important. We receive our intentions from God when we allow ourselves to be open. Living intentionally helps us make decisions that spring from God’s movement in our lives. This year, I wonder what your intention will be?

Photo by Roven Images on Unsplash.