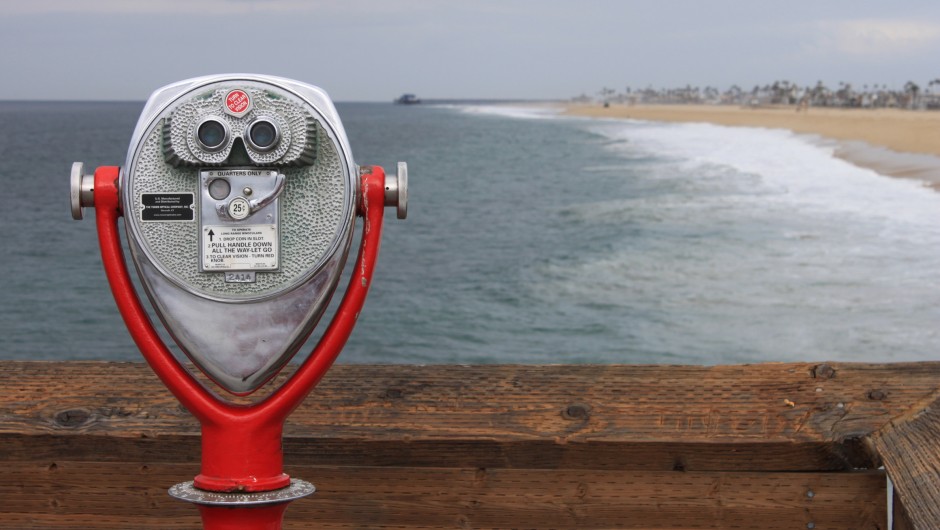 Today I’d like to talk about the correlation between awareness and thanksgiving. The theme of awareness comes from the Gospel lesson, and the theme of thanksgiving comes from the reading from Paul. Taken together, we can see a deeper truth as to how giving thanks helps keep us aware, as Jesus urges. This sermon began percolating when I was getting ready for the service on Thanksgiving Day, so a few of you heard parts of it that day. But before I get to the correlation between awareness and thanksgiving, I want to tell you about the bedtime ritual at home.

It goes something like this. Right after dinner, at 6:30 in the evening, we take the twins upstairs and brush teeth. Then we have bath time until 6:45. Then jammies and stories. And then we say our “gratefuls.” What are you grateful for today? As you might expect, the children’s answers run the gamut from the silly to the profound, but what you might not expect is that every night they turn the question back around on me. If I don’t answer, they will let me know it. “Daddy, what are you grateful for?” END_OF_DOCUMENT_TOKEN_TO_BE_REPLACED 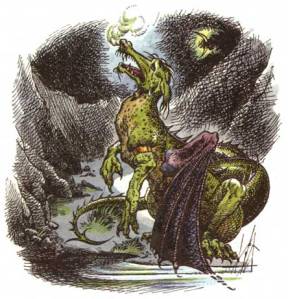 Eustace Scrubb had read only the wrong books. The books he had read had “a lot to say about exports and imports and governments and drains, but,” says C.S. Lewis, “they were weak on dragons.” And so when Eustace accidentally accompanies his cousins Edmund and Lucy on a voyage aboard the ship Dawn Treader, you might imagine that he is, shall we say, out of his element. The further the ship sails from Narnia, the more ghastly becomes Eustace’s behavior. He is truly a horrible boy – lazy, selfish, dishonest, self-centered, and his attitude only goes from bad to worse.

Consider that your cliffhanger until later in the sermon. Before we return to Eustace the dragon, let’s turn our attention to this morning’s lesson from the Hebrew Scripture. Moses grazes the flock of his father-in-law far afield. At Mount Horeb, he sees a bush blazing merrily, but the bush isn’t turning to coals and ash. Intrigued, Moses turns aside to look more closely. And God encounters him there. “Come no closer,” God calls to Moses. “Remove the sandals from your feet, for the place on which you are standing is holy ground.”

Remove the sandals from your feet. On the surface, this command reminds Moses that he and God don’t share the same position. Moses is a supplicant, and he comes into God’s presence unshod to show the vast disparity between the two. Okay, show of hands – which of you took off your shoes when you settled into your pew this morning? Yeah, neither did I. From a cultural point-of-view, removing our footwear signals informality rather than respect. So, we need to look at God’s command here from a different perspective.

On a deeper level than the simple removal of a garment, God’s command to Moses to take off his sandals presents a challenge to each of us who hears this story. This challenge begins with a question. What is God commanding you and me to remove from ourselves when we enter into God’s presence?

Our answers to this question build the wardrobe of costumes we wear all the time without realizing that we are dressed up. We wear these invisible costumes and affix invisible masks to our faces in order to set up buffers between ourselves and other people. If other people get too close, then they might impel us to change, to see the world differently than we desire, to remove ourselves from the centers of our existence. Our costumes are our first line of defense to remain the people we’ve always told ourselves we want to be. The trouble is that the costumes also disguise us from ourselves.

And so we stumble into God’s presence wearing carefully crafted costumes and masks that create barriers between us and everything that is not us. And just as God commands Moses to remove his shoes, God tells us to take off the costume.

What is God commanding you and me to remove from ourselves when we enter God’s presence? What makes up our costumes? Here I can only speak for myself, so listen for where your experience connects with mine. After praying with the question, I decide that the first piece of my costume to remove is Fear. This is the fear that forestalls any type of change. This is the fear that keeps me from entering into any kind of relationship because the other will cause some sort of transformation in me. This is the fear that keeps me from diving into a pool, not because I’m afraid of diving, but because I don’t want to get wet.

The second piece of the costume is Ignorance. When fear keeps relationships from beginning, ignorance is the necessary byproduct. I am blind to the situations of those I don’t take the time and energy to know. Again, this is part of the buffer. If I actively keep myself from developing an understanding of another’s plight, I won’t be putting myself in the position to have to decide whether or not to help, to relate, to get my hands dirty.

The third piece of the costume is Apathy. When ignorance fails, and I do find myself in the position to make a choice – to be in relationship or not – apathy sings the siren’s song. Apathy is the inertial force that keeps me complicit and complacent to the woes of others because I just can’t quite dig up enough empathy to care.

There are many more pieces of the costume, too many to talk about in this sermon, but there’s still the mask. My mask is Pride. When fear and ignorance and apathy all fail to keep me from being in an authentic relationship with another, there’s always pride to keep me living a disguised life. This is the pride that takes all the credit for my giftedness and assumes that I can get along quite well on my own because I seem to have done so thus far.

And this is where we return to Eustace, the horrible boy of C.S. Lewis’s The Voyage of the Dawn Treader. After he becomes human again, Eustace relates to his cousin Edmund how he left the dragon behind. A lion had come to him in the night and bade him undress. Since he had no clothes, he began shedding his skin like a snake. He scraped off his scales and stepped out of the skin. But then he looked down and saw another layer was there. He peeled this off as well. And “exactly the same thing happened again,” said Eustace.

And I thought to myself, oh dear, how ever many skins have I got to take off? …So I scratched away for the third time and got off a third skin, just like the two others, and stepped out of it. But as soon as I looked at myself in the water I knew it had been no good.

Then the lion said… ‘You will have to let me undress you.’

The desperate Eustace lay down and

The very first tear [the lion] made was so deep that I thought it had gone right into my heart… Well, he peeled the beastly stuff right off – just as I thought I’d done it myself the other three times, only they hadn’t hurt – and there it was, lying on the grass: only ever so much thicker, and darker, and more knobbly-looking than the others had been.

When we stumble into God’s presence, God invites us to remove our costumes. Like Eustace, we might be able to slough off some pieces ourselves, but the real costume only comes off when God intervenes and pulls the invisible garments away. When we pray, “I will, with God’s help,” we acknowledge that we cannot take off our disguises until we stand before the God who is the only one who truly knows what we look like. We cannot remove our costumes until we ask God to take them away, to leave them lying next to us, thick and dark and knobbly-looking.

And when we participate with God in this removal, there is just so much room to fill. Hope takes the place of Fear. Awareness fills in the gap left by of Ignorance. Engagement replaces Apathy. And Humility settles in where Pride once kept the disguise wrapped around us so tight. Shedding the costume is hard work that takes a lifetime. But we are not alone. We are in God’s presence, and God is forever helping us shed the dragon’s skin.