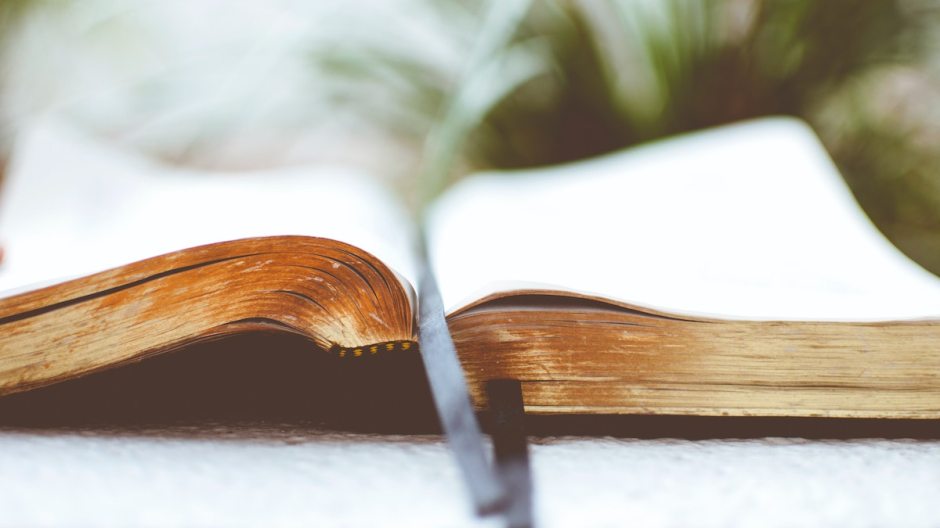 Our readings today are pretty intense. We  started with Job, an ancient morality tale that begins with an imaginative, and pretty distressing, exchange between God and Satan. But I’m not going to talk about that today. We read Jesus’ teaching about divorce and fidelity in the Gospel according to Mark. I’m also not going to talk about that today, but if you’re curious, I did preach about this Gospel lesson six years ago, and you can find it here on my website.

And finally, we have a few pieces from the Letter to the Hebrews, which, for my money, is the most complicated writing in the entire New Testament. This is what I’m going to talk about today. We’ll be hearing snippets of Hebrews for the next six weeks, and I know this writing is hard enough to understand after reading it a dozen times. Hearing it read aloud once just won’t cut it if we want to encounter the Letter to the Hebrews in any way beyond just letting its words sail over our heads. So today I’d like to set the Letter to the Hebrews in context and then dive into one of the elements in our confusing reading from this morning.

First things first, we need to get a few things out of the way. The Letter to the Hebrews is not really a letter and it’s not really to the “Hebrews.” We call it a letter because it is lumped in with the big collection of letters by Paul, James, and others that take up the space between the Acts of the Apostles and the book of Revelation in the New Testament. There are some greetings at the end of Hebrews, which make it sound like a letter, but that’s its only resemblance. It sort of looks like a sermon, but it’s a little too complex for an early example of the sermon form. Honestly, Hebrews reads to me more like an academic paper than anything else. We have no information about who wrote Hebrews, though scholars are pretty sure it was written before the end of the first century. And the only reason it has the word “Hebrews” is in its name is that a lot of the content of the text deals with the ritual practices of the ancient Hebrew people.

So, we could call the Letter to the Hebrews, “The anonymous scholarly paper of an early follower of Jesus.” Have I bored you to death yet?

Why am I talking about this? Well, the oddity and weirdness of Hebrews is exactly what makes it so worthwhile to read and wrestle with.* Hebrews sets as its task linking the ritual practice of ancient Israel to the reality of the life, death, and resurrection of Jesus Christ. I think the reason so much of this letter sails over our heads is that we just aren’t familiar with the ancient practices the writer is citing.

Here’s the quick version of what you need to know in order to make sense of what we’re going to read over the next six weeks. Every year, the high priest of Israel would make a sacrifice for the sins of the people. The writer of Hebrews links Jesus to both roles in this ritual; Jesus is both the high priest and the sacrifice. Because Jesus is high priest forever and his sacrifice is perfect, there is no longer a need for the yearly ritual because the redemptive work of reconciling all creation back to God has been completed once for all. Got it? That’s my three sentence summary of the thirteen chapter book of Hebrews – so, I left a lot out. But that’s the gist.

Today, we read the first four verses of Hebrews, which are sort of a mini-creation story that is similar to the opening verses of the Gospel of John: “In the beginning was the Word and the Word was with God and the Word was God.” Here we have: “[God] has spoken to us by a Son, whom he appointed heir of all things, through whom he also created the worlds. He is the reflection of God’s glory and the exact imprint of God’s very being, and he sustains all things by his powerful word.” (See what I mean about a scholarly academic paper?)

In these first verses, the writer tells us who Jesus is – the very being of God dropped into space and time, where he was human like us and where he became the literal catharsis for our sins. That word catharsis gets translated as “purification,” but I like that the Greek word became an English word. We can still use it! Jesus became the catharsis, the letting go, the relief, the cleansing of our sins.

After these opening verses, we skipped a bunch and landed part way into Chapter Two. Here we find a tricky verse. (Hebrews is full of tricky verses.) The verse says: “It was fitting that God, for whom and through whom all things exist, in bringing many children to glory, should make the pioneer of their salvation perfect through sufferings.”

This pioneer is Jesus. My favorite translation isn’t pioneer, though. It’s trailblazer. Jesus is the one blazing the trail that we then follow, walking the path towards our own salvation. And this salvation does not happen in an instant when we sign on some existential dotted line. Our salvation is ours from before we are born because, as the writer then says, “Jesus is not ashamed to call them {and to call us} brothers and sisters.” Rather, when we follow the trail Jesus blazed, we live more and more into our identity as children of God, whom God calls into the sacred purpose of reconciling all things back to God.

The trailblazer is Jesus, who the writer says is made “perfect through sufferings.” This verse is a bit hairy because it has led Christians down through history to believe that suffering was necessary for salvation; in some cases, making others suffer. But I don’t think that’s what the writer is talking about. The “perfection” here is a pretty common word in the New Testament. Its root is the same as the one that Jesus says on the cross: “It is finished.” In other words, “perfection” in this case is the culmination of something, the end result. Thus, Jesus was resolute in reaching the end of the trail he was blazing. And while he suffered many things while blazing the trail, this suffering was not the point, but an effect of Jesus’ desire to see things through to the end. This end was the cross, which led to a new beginning. Jesus he took on all the sins of the world – everything that separates us and distorts our relationships with each other, with creation, and with God – and carried them to the cross. And then left those sins in the tomb when he rose again.

That’s our trailblazer, the one we follow into and out of the wilderness. That’s Jesus, and as we read the Letter to the Hebrews over the next six weeks, I invite you to listen for the special way the writer describes Jesus. Pray with those descriptions, those images, especially the trailblazer. And in your prayer, ask Jesus what trail he is blazing for you.

Photo by Ben White on Unsplash.

* I cut this paragraph for length from the spoken sermon, but here it is: It’s important to show the weirdness of the Letter to the Hebrews before we dive into it. Every other piece of the New Testament made the cut because of (1) its attribution to a named early follower (Matthew, Luke, John, Peter, etc.), (2) its wide readership, and (3) its alignment with the emerging Christian belief system. The Letter to the Hebrews does not meet the first criteria, though for a few centuries folks thought it was by Paul. It squeaks in on the second criteria because it was often added to the ends of Paul’s letters when they were sent around as a group. And while the theology of Hebrews does align with the rest of the New Testament, it talks about that theology in a wildly different way than any other writer. By these three criteria, Hebrews gets in just under the wire. It really is the oddest piece of the New Testament, and I’m including the book of Revelation.