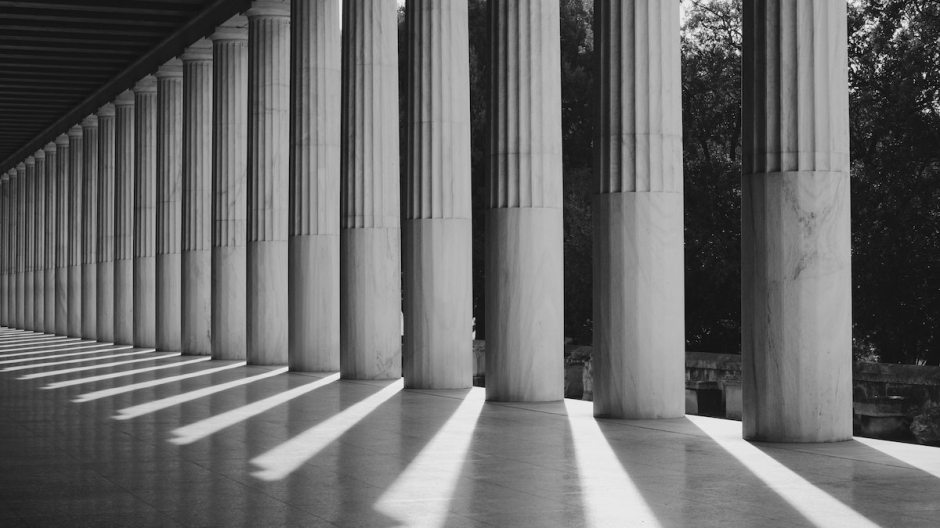 There are many sayings that people think are in the Bible, but they are not actually there. “God helps those who help themselves” is a notable example. The crazy thing about that one is that it’s pretty much the opposite of what we find. Rather, Paul says, “Encourage one another and build up each other, as indeed you are doing” (1 Thessalonians 5:11). Then there’s the oft-quoted, “Love the sinner, hate the sin.” Nowhere to be found. How about “Money is the root of all evil?” This one’s closer. It’s “the love of money is a root of all kinds of evil” (1 Timothy 6:10). But none of these hold a candle to what has to be the most popular saying that people think is in the Bible but isn’t. Do you know what it is?

“God won’t give you more than you can handle.”

Have you heard this before? I’m sure you have. The problem with a statement like this, apart from it being non-biblical, is how easily it can send someone down a spiral of shame and anxiety. I’m feeling completely overwhelmed. I simply can’t handle things right now. Everything is swirling around me and I just need it to stop! If we trust the false saying that God won’t give us more than we can handle, then during our time of overwhelm, one of two things will add itself to the weight we are bearing. Either we will assume our faith isn’t strong enough or else we wouldn’t feel overwhelmed and this leads to shame because we think there’s something wrong with us, for obviously we should be able to handle all this because God put it on us and God won’t give us more than we can handle. (Deep breath.) Or we will conclude that God is not trustworthy or is not real because we have too much on our plates and God said that wouldn’t happen.

Except, of course, that statement appears nowhere in our Holy Scripture. The closest we get is in today’s rather strident reading from Paul’s First Letter to the Church in Corinth. The end of the reading goes like this: “No testing has overtaken you that is not common to everyone. God is faithful, and [God] will not let you be tested beyond your strength, but with the testing [God] will also provide the way out so that you may be able to endure it” (10:13, NRSV).

Sounds pretty similar at first glance, but there are two big differences between what Paul says and the false statement that people think is in the Bible. First, Paul takes as his starting place the faithfulness of God. “God is faithful” is the foundational statement upon which everything else is built.

Second, Paul is not talking about the accumulated stresses of life or even about the big moments that can break us. Paul is actually talking about temptation. The “testing” we see here can also be translated as  “tempting.” Another translation says, “God is faithful. [God] won’t allow you to be tempted beyond your abilities. Instead, with the temptation, God will also supply a way out so that you will be able to endure it” (CEB).

So we aren’t talking about stress or overwhelm here at all. We’re talking about temptation. So, what is that? What is temptation? A few weeks ago, we read the passage about the devil tempting Jesus after his forty day fast in the wilderness. The devil tries to get Jesus to go against the very pillars that make Jesus who he is. You can think of them as the bearing walls of his moral identity. Without them, the house falls down.

First, the devil tries to get a hungry Jesus to turn rocks into bread, to bend the natural order to suit himself. This is the temptation of selfishness. In a poem I wrote a while back, I described it like this:

But this desire is selfish – I know –
And selfishness does not resonate,
But plays a discordant note,
A quarter-tone flat
And expects the rest of the orchestra
To re-tune their instruments accordingly.

Jesus rejects this temptation because he is one with the natural order, not one standing above it.

Second, the devil tries to get Jesus to accept as a prize all the kingdoms of the earth if only Jesus will bow to the devil. This is the temptation of power at any cost, even the warping of one’s own soul. Jesus rejects this temptation because he will neither subject himself to evil nor ask others to subject themselves to him.

Third, the devil tries to get Jesus to jump from the top of the temple to prove that God will save him. This is the temptation of certainty. Jesus rejects this temptation because he knows that the need for certainty keeps one from embracing the fullness of life. Jesus resists the devil’s temptations and keeps the moral pillars of his life upright. Jesus is selfless, not selfish; nonviolent, not power-hungry; faithful, not certain.

So when we think about how we, ourselves, are tempted, I invite you to pray about the pillars of your own morality. What are the bearing walls of your identity, without which you would be unrecognizable? Do they include the ones that I mentioned about Jesus – selflessness, nonviolence, and faithfulness? And there are so many more moral pillars we could identify. What about honesty? Integrity? Loyalty? Simplicity? Generosity? Hospitality? Creativity? Compassion? Speaking up for justice? Ensuring dignity? There are too many to list.

Our moral identities are built around the bearing walls of these virtues. And when we are tempted, the temptation will always seek to destroy one of these pieces of our identities. If our moral pillar is “creativity,” we will be tempted toward riskless reproduction…or even plagiarism. If our moral pillar is “justice” then we will be tempted to remain silent in the face of oppression. The more we give into temptation, the less recognizable we become to ourselves. The pillars of our identities collapse, and we feel ourselves falling apart.

But there is One who never fails to recognize our truest selves, no matter how far we fall into temptation, no matter how unlike our true selves we appear. “God is faithful,” Paul reminds us. The truth is: Nothing we could ever do or not do will make us unrecognizable to God. Our true selves remain beneath whatever wreckage we might cause in our lives. Our true selves are bound up in the incorruptible image and likeness of God. Our true selves find new life in the power of forgiveness. And our faithful God is always ready to help us rebuild the house, to set up those bearing walls, to stand up those pillars.

There are so many things people think are in the Bible that aren’t actually there. But the faithfulness of God is there…again and again and again. No matter how often we fall into temptation, no matter how many times we run from the truth of whom God made us to be, God always provides a way back to ourselves. Thanks be to God.

Photo by Darryl Low on Unsplash.

One thought on “Bearing Walls”