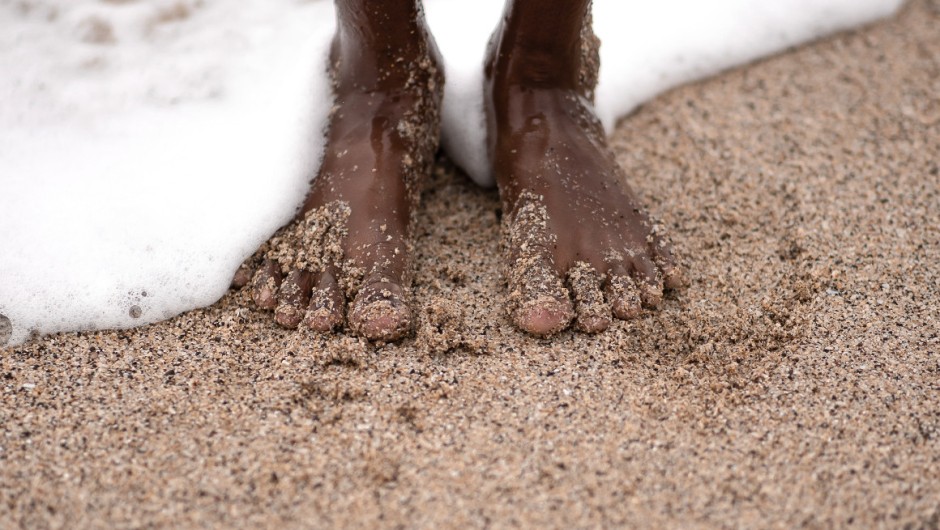 Today’s sermon is a full on teaching sermon. I’m going to talk to you today about the books of the New Testament that we call the Gospel. I’ll begin with a trick question. How many Gospels are there? (Don’t answer that because you’re going to want to say “four.”) If you listened carefully to how I introduced the Gospel reading a minute ago, you heard a hint at the correct answer. “The Gospel of our Lord Jesus Christ according to John.”

There is only one Gospel, and that’s the Gospel of Jesus Christ. Gospel, by the way, means “good news.” The numerical confusion stems from the fact that this one Gospel reaches us by way of four different perspectives (or “accounts”), which we name Matthew, Mark, Luke, and John. That’s why I said “according to John” a minute ago. The “according to” is a really important preposition because it reminds us which perspective on Jesus’ Gospel we are working with in the moment.

The four accounts of the Gospel in the New Testament were compiled in the second half of the first century by various communities that grew up around the witness of Jesus’ original followers. There were dozens of other texts written in the first few centuries after Jesus that called themselves “Gospels,” but only the four accounts that appear in the Bible were judged worthy enough to pass on Jesus’ message to posterity.* Why four accounts of the Gospel? Wouldn’t one cause less confusion? Certainly it would. There was an early attempt to harmonize the accounts in a single narrative called the Diatessaron. A scholar named Tatian smooshed (and that’s a technical term) the four accounts into a coherent story. But the wider church didn’t bite. The four accounts were already well-established, and church leaders saw wisdom in keeping the multitude of perspectives, even if they didn’t always line up. (More on that in a little bit.)

I’m so glad the early church did not go the way of the Diatessaron because as I study the Gospel, I find great value in putting the different accounts in conversation with each other. Matthew, Mark, Luke, and John approach the story of Jesus from different angles, which allows us to enter the story from various places, as well. And not only enter the story, but to view Jesus from different angles and thus gain a more complete picture of who he is. The fact that we have four accounts of Jesus’ story reminds me of the danger of ever hanging onto a single story about anything.** The more stories we can hold within ourselves – stories from people with differing experiences from us – the better off we will be as people who share the world with others. Entering Jesus’ story from multiple angles trains us never to cling to a single story about anybody.

At this point, you might be thinking up an often-asked question: the accounts of the Gospel don’t always agree, so how can they all be part of the inerrant Word of God if they contradict each other? We could spend a whole sermon series exploring this question, but for now, here’s the short answer. First, the Bible never claims inerrancy – that is an expectation some Christians place on our sacred texts, not something those texts claim for themselves. Second, the Word of God is not the Bible. The Word of God is the one through whom all things were made, the one who became flesh and lived among us, the one who makes known the glory of God, the one we call Jesus the Christ. The Word of God is not text on a page but an encounter with the living God in the flesh of a person, an encounter which transcends time and location and beckons to us and brings us into its reality. The words on the pages of our Bibles help prepare us for entering this reality.

The fact that the four accounts of the Gospel do not speak with the same voice actually helps me enter more deeply into the stories they tell. They are four witnesses speaking the same basic story to different people in different places at different times, so the stories bring authentic versions to these varying audiences. In much the same way, when I’m preaching, I only say one set of words, but what you hear me say is tinted by your experience.

I decided to do a teaching sermon this morning because of the story I read earlier of Mary anointing Jesus. This story is the perfect example of the accounts of the Gospel rhyming, but not necessarily matching exactly. Okay, are you ready to be thoroughly confused?

Here we go: Mary of Bethany (Lazarus and Martha’s sister) anoints Jesus’ feet with perfume and wipes them with her hair. She uses expensive perfume, and Judas accuses her of wasting what could have been sold to help the poor. John’s version of the story seems to be a mashing up (another technical term) of the stories found in Luke and Mark.*** Luke’s unnamed woman (identified as a sinner) bathes Jesus’ feet with her tears and dries them with her hair. Then she anoints his feet with perfume. Mark’s unnamed woman (not identified as a sinner) pours perfume on Jesus’ head, after which some angry people (not Judas) accuse her of wasting money. Luke and Mark share the details of the alabaster jar and the house of Simon (though Mark’s Simon is a leper and Luke’s a Pharisee). John and Mark share the details of perfume being made from “nard” and the angry reaction. John and Luke share the details of the anointing the feet and the wiping with hair. Confused? That’s okay, because I think John is too – for why would Mary pour perfume on Jesus’ feet and then wipe it off right away?****

That’s a fairly silly example, but the point is this: we have four accounts of the Gospel, which merge with each other at times and diverge from each other at other times. Over the next few weeks, we will listen to a few of the important moments where they merge – Jesus’ triumphant entry into Jerusalem, his arrest and trial, his crucifixion. But even in these moments of merging, the accounts do not share every detail. For example, each version of the crucifixion has Jesus speaking from the cross, but what he says varies.

Again, these divergent perspectives is a feature of the Gospel, not a bug. We have the opportunity to encounter Jesus through multiple lenses, and that’s a good thing because it trains us not to cling to a single story. There is only one Gospel, and that is the Gospel of Jesus Christ. But Jesus’ story is so big, and the reality he invites us into so vast, that one perspective on that story isn’t enough.

Indeed, listen to how John concludes his account of the Gospel: “There are also many other things that Jesus did; if every one of them were written down, I suppose that the world itself could not contain the books that would be written.” You know what? We are those books, because Jesus is still telling his Gospel story through us.

*A group of early fourth century church leaders saw a need to collect a body of Christian literature that would be authoritative for the life of the church. From the vast (and at times rather zany) mass of available documents, they compiled a list of selections that became our New Testament, commonly called the “canon.” The four accounts of the Gospel we find in our Bibles today made the cut based on widespread and enduring use, theologically sound doctrine, and longstanding attribution to either first or second generation disciples of Jesus (to name a few of the numerous criteria).

**Watch this TED talk on the danger of a single story. It will make you a better person.