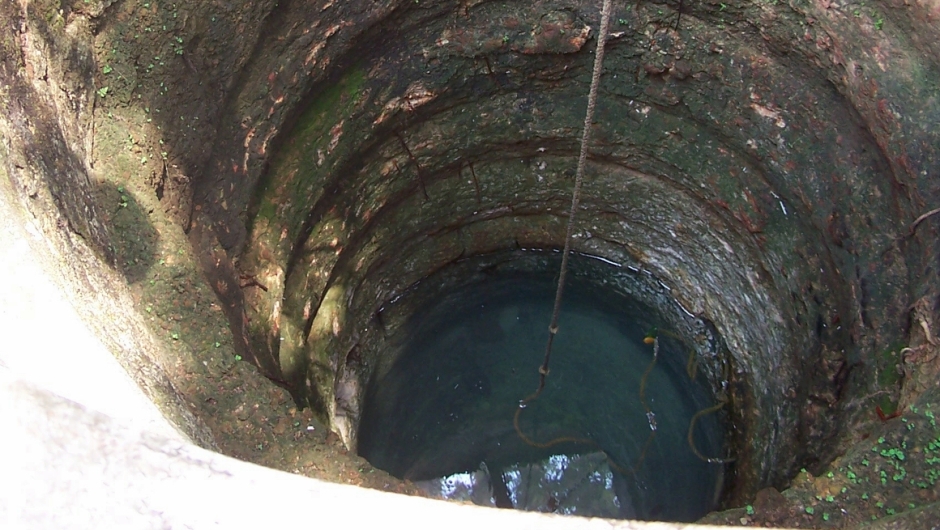 Recently, a few dozen parishioners of St. Mark’s blessed us all with their meditations on Bible passages found in the Lent issue of The Lion’s Tale magazine. Their work got me thinking about biblical interpretation in general and that fact that such an adventure is not reserved for clergy alone. Anyone can be an interpreter of the Bible, though I am aware that most people do not feel equipped to do so. So today, I’m going to give you a crash course on interpreting the Bible, as at least a place to start: Ten Handy Guidelines for Interpretation (or HGIs for short) that we will derive from the Gospel story I just read. There’s a bookmark in your program that lists the Handy Guidelines, and I invite you to stick it in your Bible when you get home. You ready? Here we go.

HGI # 1: If a word is repeated multiple times in a passage, it’s important. Read through the first half of John 4 again and count the number of times the words “gift” and “give” are used. By verse 15, I count nine times. The act of gift giving is central to this passage. So we ask ourselves: what is the gift and who gives it?

Before we answer those questions, let’s locate the story in context. That’s HGI #2: Locating a story within the larger Gospel and within a historical context can lead to a deeper understanding of the passage. Jesus is in Samaria, and he is at a well, and a woman comes to draw water, and they are alone. These four facts are very important. Jews considered Samaritans to be uncouth half-breeds, once members of the house of Israel, but now sullied by too many liaisons with foreign cultures. Suffice to say, friendliness was in scarce supply between the two peoples.

Jesus is in Samaria at a well. Early Christian listeners would start grinning at this point because the whole history of Israel hinges on what happens at wells. Think of the well as the ancient equivalent of Match.com: Rebekah, Rachel, and Zipporah all found husbands at wells. Their names were Isaac, Jacob, and Moses.

Jesus is in Samaria at a well, and a lone woman comes to draw water. The grinning now becomes soft tittering punctuated by the odd chuckle. Jesus is not going to find a wife here like those ancient heroes, is he? He didn’t get married, so what is the author setting us up for?

Realizing the author is setting us up helps us see the passage with new eyes. HGI #3: If a story reminds you of a scene from the Hebrew Scriptures, it’s probably done purposefully. This is called a “type-scene.” The idea of marriage has cropped up a few times in the Gospel, most notably the wedding at Cana and John the Baptist calling Jesus the “bridegroom.” And now Jesus is stuck square in the middle of a scene that should end in his engagement to this Samaritan. But it doesn’t. So what happens? The expectation of marriage provides the basis for the real theme of the passage, which is gift giving. When two people get engaged, they are making a promise to give themselves to each other.

As I mentioned before, the words “gift” and “give” appear nine times in the first 15 verses. The first word out of Jesus’ mouth is “give,” as in “Give me a drink.” The Samaritan woman responds, “How is it that you, a Jew, ask a drink of me, a woman of Samaria?” Now we have to make an interpretative choice: is her response coy, or bewildered, or scornful, or none-of-the-above? HGI #4: We have no audiovisual documentation of the conversations in the Bible. How a line is delivered is a matter of interpretation. For the purposes of the engagement type-scene, let’s pick “coy” for now. We can change later if this choice of tone doesn’t seem right.

So perhaps Jesus picks up on this coyness and responds flirtatiously: “If you knew the gift of God, and who it is that is saying to you ‘Give me a drink,’ you would have asked him and he would have given you living water.” You have to admit: it’s a pretty good pick-up line. But the woman is having none of it, and she shoots him down with some funny innuendo: “You have no bucket and the well is deep.” HGI #5: The Bible is often funny. Respect the text enough to laugh when you recognize its humor.

Okay. Let’s pause here and back up. This line of interpretation maybe isn’t working out the best. Let’s change our decision to place coyness in the woman’s first response and choose a different delivery for that opening line of dialogue. HGI #6: Once you make an interpretative decision, it’s perfectly fine to change your mind if it doesn’t seem to work. Let’s make her bewildered, but intrigued that this foreign man is talking to her.

Now her first response sounds more earnest: “How is it that you, a Jew…” She may be confused, but with those words, she shows her willingness to talk to him. So Jesus seizes the opportunity to engage her in conversation: “If you knew the gift of God and who it is that is saying to you…” HGI #7: If you have identified an important word in the passage, see where and how it is used elsewhere in the text. A special book called a concordance can be useful here, and mine sends me back to 3:16: “For God so loved the world that he gave his only Son that whoever believes in him many not perish but may have eternal life.”

So Jesus is the gift of God. A gift is something given, rather than earned. And in the case of Jesus, he is given freely for the whole world. Today Jesus offers the gift of himself to a woman who is outside the circle of “acceptable” people according to Jesus’ culture. How amazing is that!

The discussion then shifts to the proper place to worship God, and Jesus refuses to pick one place or another. Let’s skip over this for now. HGI #9: Each passage of scripture is about multiple things. A single pass can’t hit every point a passage makes, so the sensitive interpreter knows when to let something go.

The woman knows that Messiah is coming, and Jesus identifies himself as that Messiah by disclosing his divine identity. Jesus has given the woman the gift of living water and the gift of knowing who he is. The woman drops her bucket and dashes back to town. Once there she tells the townspeople about her encounter with Jesus, and they all come out to the well to meet him. The gifts that Jesus has given the woman lead directly to her becoming an evangelist in her own right. She does not proclaim him in order to obtain gifts, but because she has already been given them.

Likewise, when Jesus encounters us, he gives us the gifts that enable us to participate in God’s mission of healing and reconciliation in the world. We don’t earn such gifts by doing this work; God’s gifts empower our work. HGI #10: Apply your interpretation to your own life. An interpretation of the Bible that fails to impact your life needs further revision. Jesus gives us the gift of himself and the gift of living water, which flows and springs and gushes up to eternal life. These gifts are for today and tomorrow, not just for the distant hereafter. The Samaritan woman runs off and tells everyone she can find. Her gift makes her an evangelist. What do your God-given gifts make you?