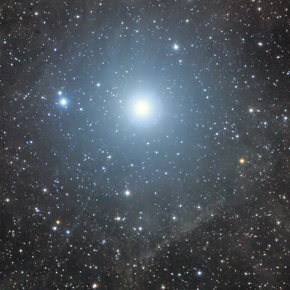 Imagine with me the thoughts of Jairus, the leader of the synagogue, in the aftermath of his encounter with Jesus.

I have been afraid my whole life. When I was little, a scorpion stung my friend, and he died drooling and thrashing in his crib. So I feared scorpions. When I was thirteen, my father had a run in at the local garrison and came home a week later all black and blue. So I feared the Romans. When I met my wife, I feared I wouldn’t be able to provide for her. When I became leader of the synagogue, I feared I would have no wisdom to share. And when my little girl was born, I feared for her safety every minute of every day. I have been afraid my whole life.

And so when my daughter showed me the tiny puncture on her forearm, and when she bit her bottom lip to keep from crying out in pain, my world ended. I found the culprit and stomped its hard, scaly body into the dirt, and then I collapsed to the ground. My wife came around the corner and saw me rocking back and forth, the dead scorpion in pieces next to me. She dropped the washing and began checking me for signs of a sting. I could only find two words to say: “Not me.” She launched herself into the house to find our daughter.

Twelve years old, my little girl. On the verge of womanhood. My wife cataloging potential suitors. Me practicing my menacing glare for those same suitors. Twelve years old, and not so little anymore. She and I used to climb the hill at night, lie down in the scrub grass so that the tops of our heads touched, and name the stars. She always named them after the heroes of the great stories: David and Gideon and Deborah and Esther. “And that one’s you, Daddy.” She always named the brightest one after me. But at the

indefinable moment when she began her adolescence, she stopped wanting to climb the hill. I asked her why. “That’s kid stuff, Daddy.”

The night the scorpion stung her, I climbed the hill alone and screamed names at the sky – not the names of heroes, but blasphemous names I never thought I could utter. The darkness swallowed my rage, and I don’t know if my obscenities reached their intended target.

I stalked back home. The candle threw swaying shadows on the wall as I entered the room. All my fears were confirmed when I looked at my little girl. She was drenched in sweat, her neck twitched, and her eyes darted from corner to corner. I wrapped my arms around her and put my head on her chest. I could barely distinguish one heartbeat from the next. My wife wrapped her arms around me. Thus I spent the remainder of the night – embraced by and embracing the ones I love, but feeling only the heavy grasp of fear.

I awoke with a curse on my lips for having fallen asleep. I bent my ear to my daughter’s mouth, but the sounds of a commotion outside drowned out the low rasping of her breath. “Vultures,” I spat, and my wife woke up. I stabbed a finger at the window: “Here, no doubt, to console us with their wailing performance.”

I looked down at my little girl. I couldn’t just sit there and watch her die. I had to do something. I decided first to run the vultures off. I had enough grief of my own. I didn’t need to pay someone else to manufacture it. I squeezed my wife’s hand and kissed my daughter on the forehead. So clammy. I banged open the front door ready to unload on the would-be grievers. But the commotion was something else entirely. People were running up the street toward the shore. “Jesus of Nazareth is sighted off the beach. He’s coming here.”

Without thinking, I joined the throng. People recognized me as the leader of the synagogue and let me through. I reached the shore in time to see a fishing boat bump into the shallows. The crowd swelled around the vessel. Jesus’ disciples muscled a hole in the multitude and the man himself stepped off the boat. “Jesus, Jesus,” I cried. But mine was only one voice in a thousand. I feared there was no way he heard me.

But he turned and looked right at me. His disciples opened a path for him. I fell at his feet. “My little daughter, my little one is at the point of death.” I swung my arm back in the direction of my house. “Come and lay your hands on her, so that she may be made well, and live.” I didn’t know where the words came from. My fear was grasping at the words in my chest, but something stronger than fear ripped them out of me.

We walked back towards my house, but the great crowd slowed our progress. I wanted to run, to sprint home with Jesus keeping up beside me. But then, he stopped. “Who touched my clothes?” he said. I looked at him in disbelief. I wanted to scream: “There’s a thousand people trying to touch you right now. My daughter is about to die.”

A woman fell down at his feet and started speaking. She probably spoke for less than a minute, but it was a lifetime to me. As Jesus responded to her, my eyes found my brother pushing his way through the crowd. “No. No. No.” I backed away, but he caught me in a tight embrace. “I’m afraid your daughter is dead.” I thrashed about in my brother’s arms. He let go but kept a grip on my hand. “Why trouble the teacher any further?”

I turned back to the woman who delayed me, who kept the teacher from coming to my house on time, and curses curled on the edge of my lips. But Jesus stepped in between us and grabbed my shirt in both hands. “Do not fear,” he said. “Do not fear, only believe.” The stronger something that earlier had ripped words from my chest reflected in his eyes. “Trust me,” he said. The curses died on my tongue, and I let myself be dragged home to face my own death in the still body of my little girl.

The vultures had come while I was out, but I had no ears for their wailing. Jesus looked around at everyone. “Why do you make a commotion and weep?” he said. “The child is not dead but sleeping.” A laugh erupted from my chest, but it felt utterly foreign in this house of death. Jesus echoed my laugh, and his sounded perfectly at home. I laughed again. It was not a laugh of disbelief, but of recognition. Did he really speak the truth?

Jesus took my daughter by the hand, brushed a stray lock of hair behind her ear, and said, “Little girl, get up.” And she did. She walked up to my wife and me and we picked her up and the three of us held each other and turned in circles, laughing and crying at the same time. I looked at Jesus and realized what had ripped the words from me at the beach. Trust. Something about this man radiated trust. No. Not something about him. He, himself, radiated trust. Jesus stared back at me, and in his dark eyes I saw myself on the hill the night before. And I saw him standing there next to me. And I knew that hurling blasphemies at God meant that somewhere deep down I still believed. I knew that trust is something entirely stronger than fear. I knew that trust and belief are the antidotes for fear.

“She’s had a rough day,” said Jesus. “Give her something to eat.” He smiled at my daughter, who reflected it back at him, then at my wife, and then her smile rested on me. I dropped to one knee and pulled her tight. Twelve years old and still my little girl. “Daddy,” she said, “Can we go up the hill tonight and name the stars?”

“Of course,” I said, and I gathered her into my arms again. I had been afraid my whole life. But not anymore.

One thought on “Name the Stars”