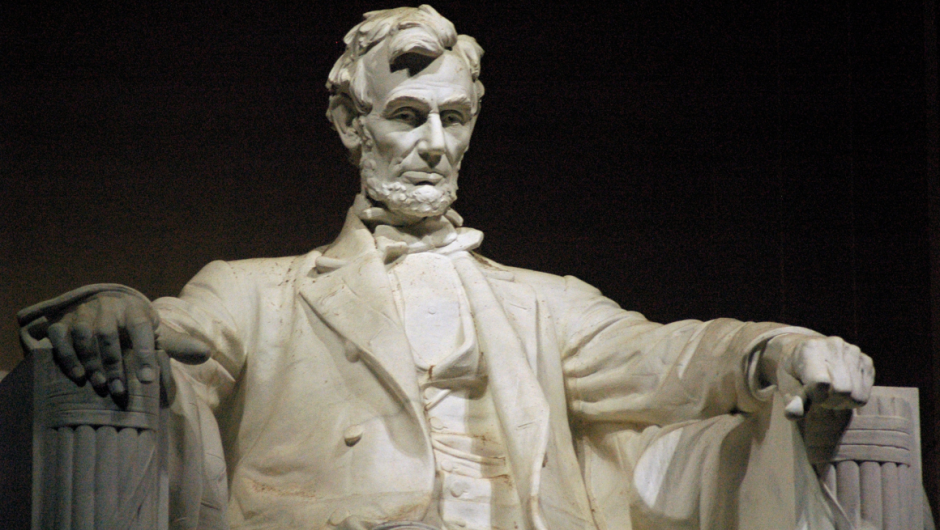 So let me put on my political science major hat for a minute. The word “religion” appears exactly twice in the Constitution and in neither place does it say the popular but inexact words “separation of church and state.” Article VI states that “no religious Test shall ever be required as a Qualification to any Office.” And of course, the First Amendment begins “Congress shall make no law respecting an establishment of religion, or prohibiting the free exercise thereof.” The amendment specifically curtails the power of Congress and by extension defines the government’s limited relationship with religion. The amendment says nothing about the Church’s impact on government, nor a word about the individual believer.[1]

“Separation of church and state” is simply an easy shorthand that keeps the United States out of the messy business of theocracy. Yet that phrase carries so much weight in our national consciousness that it can make us shy away from allowing our own religion and spirituality to affect our decisions, including our duty to vote. People of faith should not fear to let their religious beliefs guide their political decisions.[2] Rather, inviting God to be a part of our political decisions can, when we listen to our better angels, lead to a more generous, sensitive engagement among those with whom we disagree. A prayerful reflection of the values Jesus teaches and the life he calls us to lead, along with a prayer for a discerning heart, help us to act responsibly and compassionately in the public sphere and in the voting booth.

Jesus himself was public figure, whose words and deeds challenged the social, political, and religious order of his day. He says in today’s Gospel, “Blessed are you who are poor, for yours is the kingdom of God.” This is a message of hope to desperate, downtrodden people, and at the same it is an indictment of the region’s political and religious leadership. The idea that the rich are more righteous than the poor, or that God likes the rich better, was just as popular then as it is now, and just as unbiblical. A few verses later, Jesus invokes the prophets of old, who in their day spoke this same message about the poor and were often persecuted by the powerful for such truth telling.

To show he meant business, Jesus even redefined Roman talking points. The word ‘gospel’ was reserved for propaganda about the emperor, but Jesus stole the word, which means ‘good news,’ and used it to talk about the kingdom of God. People heard him. Some got glad. Some got mad. And some just got confused. His contemporaries had no idea how to characterize Jesus’ message or his actions.[3] He sought out the castoffs and welcomed the marginalized and revealed a kingdom opened to everyone. His was a new experience of God, and the world around him did not understand him.

The world around him was an occupied land and had been occupied for centuries by a succession of empires. The current occupier, the Romans, intimidated people into meek submission. But Jesus, who fit no political category of the day, spoke out in the politically charged atmosphere. He spoke out with no fear and people listened.

People listened. People watched. They saw the eyes of the blind opened and the legs of the lame strengthened and people from so many walks of life welcomed and embraced. Could this Jesus possibly be the One they were expecting, the son of David who would lead them out from under the yoke of Rome — could he be the Messiah? The disciple Peter thought so, but when Jesus told him what was to happen, Peter couldn’t handle it. The Messiah wasn’t supposed to die on a cross. The Messiah was supposed to lead the nation in an uprising and sweep all enemies from the land. To hear the people of Israel tell it, the Messiah was a political office — a judge/prophet/king, a conflation of all the powerful figures from the past, an embodiment of all their hopes and dreams for themselves and their nation.

But in a further act of redefinition, Jesus turned the messianic expectation on its head. He would have no part in perpetuating the cycle of violence. After his death and resurrection, his followers began seeing Jesus’ understanding of the Messiah in different parts of the same Hebrew scriptures — the Messiah as the suffering servant, the one who demonstrated the utter necessity of beating swords into ploughshares, the one who embodied God’s hopes and dreams for all humanity.

Jesus stepped into a world dominated by the politics of fear and division and blame and hate. He immersed himself in the grimy, bloody mess of that world, but did not succumb to its tactics. That world killed him, but before and after his death he proclaimed and lived out a new way, the generous and compassionate way of the kingdom of God.

This is our way, too: the way of generosity and compassion and speaking truth to power. This is the way people of faith can contribute to making our union more perfect. No matter the outcome of this election, the American Experiment only continues if together we strive for that “more perfect union,” to which our Constitution sets its lofty heights. Our country will never be perfect, for this is not the kingdom of God; but striving to be more perfectly united is a good end in itself.

This striving stirs in me a refrain that plays in my heart and mind every election season. In his 1861 inaugural address, when the country was about to be rent asunder by the Civil War, Abraham Lincoln said, “We are not enemies, but friends. We must not be enemies. Though passion may have strained it must not break our bonds of affection. The mystic chords of memory, stretching from every battlefield and patriot grave to every living heart and hearthstone all over this broad land, will yet swell the chorus of the Union, when again touched, as surely they will be, by the better angels of our nature.”

Six weeks later, Fort Sumter was on fire. But the hope in these words remained. The country was about to be torn apart, and still Lincoln spoke of a chorus, a union, the bonds of affection. The passage of 155 years has not made these words any less relevant. Hope still remains. The question is: will we listen to the better angels of our nature, the angels who sing of peace on earth and good will to all people? In a world dominated by the politics of fear and division and blame and hate, we might be tempted to think these angels have gone quiet.

But don’t believe that for a second. When a world dominated by that same toxicity killed Jesus, he rose again, rose above it all, and forged the strongest bond of affection, strong enough to defeat death itself. The Good News of God can never be silenced. Following him, and sharing in his gifts of generosity and compassion and truth-telling, we can help knit new bonds of affection in our society, in order to bring the kingdom of God, the only perfect Union, closer to earth.

I do not usually end sermons with prayer, but today I shall. This is a prayer for our country, found on page 820 of the Book of Common Prayer:

Almighty God, who hast given us this good land for our heritage: We humbly beseech thee that we may always prove ourselves a people mindful of thy favor and glad to do thy will. Bless our land with honorable industry, sound learning, and pure manners. Save us from violence, discord, and confusion; from pride and arrogance, and from every evil way. Defend our liberties, and fashion into one united people the multitudes brought hither out of many kindreds and tongues. Endue with the spirit of wisdom those to whom in thy Name we entrust the authority of government, that there may be justice and peace at home, and that, through obedience to thy law, we may show forth thy praise among the nations of the earth. In the time of prosperity, fill our hearts with thankfulness, and in the day of trouble, suffer not our trust in thee to fail; all which we ask through Jesus Christ our Lord. Amen.

[1] Now, over the years, the Supreme Court has decided myriad cases by interpreting these two clauses of the First Amendment. The court gets involved simply because there is no complete wall of separation between church and state, as much as Thomas Jefferson wanted one. In 1963, the Court set a standard by which the government can indeed infringe on someone’s free exercise of religion as long as the government has a “compelling interest” and the resultant action is the “least restrictive” it can be (Sherbert v. Verner). My constitutional law notes from college have 33 religious cases cited, and those are just the important ones. The court has looked at issues such as school prayer, expulsion for religious motivations for failing to salute the flag, blue laws, drug use in religious ceremonies, wearing of religious symbols on military uniforms, displaying religious imagery on government property, polygamy, school vouchers, tax exemptions, etc. It would make for an extra long footnote if I went into the actual legal stuff in here, and I’m not qualified to do so anyway. I have a Political Science degree; I’m not a constitutional lawyer. Suffice to say, the government (usually) tries hard not to break its own rules, but sometimes it does if it has a compelling reason. Most of us just don’t notice most of the time.

[2] This is an easy sentence to take out of context when reading on the internet, as opposed to listening to this sermon in the pew of my church’s particular context. This sentence is emphatically not an endorsement of the visible, lobbying wing of the Religious Right, which has risen in the political sphere during my lifetime. My understanding of the values of Jesus differs greatly from theirs, which I think can be seen in the rest of this sermon.

[3] If Jesus is redefining Roman talking points, the political nature of his message would be hard for his contemporaries to miss. Their difficulty came from another angle: to whom does this nobody from a backwater like Nazareth belong? Is he a Pharisee? A Zealot? A Herodian? An Essene? He can’t be an Essene because he would’ve never left the desert. He can’t be a Herodian because he is speaking out against the Romans, and those Herodians are living just fine as Roman stooges. He can’t be a Zealot because he keeps talking about peace and seems not to have the stomach for gutting the odd centurion. And he can’t be a Pharisee — just look at the company he keeps! (Thanks to Brian McLaren’s concise description of the political nature of Jesus’ context. Read more in his The Secret Message of Jesus.)

One thought on “Better Angels”