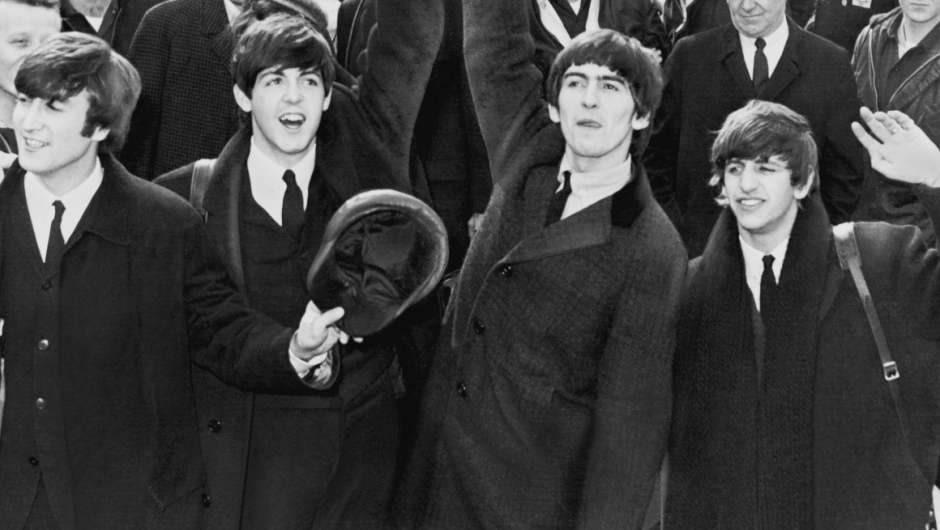 There was a group of fabulous philosophers active in the middle decades of the twentieth century. Born and raised in Liverpool, England, their names spread quickly throughout the world, and their words continue to influence people to this day. One of their early well-known treatises speaks the same message as Jesus’ words this morning. They write:

Say you don’t need no diamond ring and I’ll be satisfied
Tell me that you want the kind of thing that money just can’t buy
I don’t care too much for money, money can’t buy me love.

These lines of the Beatles #1 hit bring the song to a very different conclusion than you might expect from hearing the beginning. The first two verses say, in part: “I’ll buy you a diamond ring… I’ll get you anything… I’ll give you all I’ve got to give if you say you’ll love me too.”

For a three-minute song, “Can’t Buy Me Love” covers a lot of ground. First, the mistake: material possessions are used to secure love. Then a confession: I don’t have a lot to give. Then the realization: the person whom I’m meant to love won’t need any of that. They’ll want from me the kind of things you can’t buy with money. The song is actually a lot deeper than you’d expect from Top 40 radio.

Indeed, “Can’t Buy Me Love” is a modern day allusion to Jesus’ confusing parable about the dishonest manager. The manager is going to be fired and he realizes he is about to be put out in the street amongst the very people he has been scamming all these years. How can he ingratiate himself with them, he wonders? Then the solution hits him. If he reverses his own crookedness in the eyes of his master’s debtors, then they will love him. So he brings them in one by one and slashes the interest from their bills. 50% off the top for one. 20% for another. They are sure to love me now, he thinks!

Not so fast, says Jesus. The manager showed himself as a dishonest man twice: first in charging exorbitant interest rates to the debtors and second in lying to his master about the debts being paid off. (And getting away with it, too, if his master’s commendation means anything.) It seems to me that in the end, the manager is both fired for squandering the master’s property and unwelcome by the debtors he’d been scamming, thus leaving him alone.

The manager makes the same mistake that the Beatles do in the first stanza of the song. He tries to buy love and acceptance via financial transaction. Different takes on this same plot show up again and again and again. I grew up watching Disney’s Aladdin. In it the title character wishes for kingly wealth in order to win the princess’s hand. But the irony is that she had already fallen in love with him when he was just riffraff, a street rat.

And if you don’t buy that one, how about all of the stories that turn around the wealthy person assuming he or she is loved simply because of their money. In Pride and Prejudice, Mr. Darcy is sure that Jane Bennet loves Bingley for the sole reason that he has five thousand pounds a year. In the new musical Hamilton, Angelica Schuyler rejects the penniless Alexander Hamilton, lamenting, “I’m a girl in a world in which my only job is to marry rich.” He ends up marrying her younger sister Eliza, who does not bear this burden. A despondent Hamilton asks Eliza: “Will you relish being a poor man’s wife, unable to provide for your life?” And she responds in all earnestness: “I relish being your wife.”

I know how Hamilton feels. Sometimes I succumb to the erroneous idea that I need to provide more to make my family happy, only to be reminded over and over again that’s it’s me and not my earning potential, which my wife fell in love with. After all, my kids can’t hug a bank account. A portfolio can’t read them bedtime stories. Yes, money is necessary to buy groceries and clothes and education, but loving relationships are never for sale.

In three out of my four high school yearbooks, I appeared on the superlatives page, having been voted “Most Likely to Succeed.” Since there were other categories like “Most Popular” and “Most Likeable” and “Best Smile,” I suppose “Most Likely to Succeed” had more to do with future wealth than with relationships. At least, I’m sure that’s how teenaged Adam interpreted the silly accolade. But now, fifteen years later, success means something so different. I thank God that there is love in my life, love that money just can’t buy.

And still, I struggle sometimes to remember that money is not the root of my happiness. The accumulation of stuff just makes my house more cluttered, but I still have the urge to buy. Even though stories and songs remind us that true love exists independently of money, every single piece of advertising tells a different tale. In the quintessential commercial, the diamond ring is the focal point, not the commitment the ring points to. The slogan is “Diamonds are forever” — not love.

Our culture propels us to see success based on the size and cut of the diamond. Our culture propels us to see and value net worth alone. But our Lord points us a different direction: toward the God of love, who relishes being in relationship with us, no matter what. One of the reasons we give a portion of our money back to God is to remind ourselves of this different direction; to remind ourselves that, in the end, money is not the most important thing in our lives. This is a profoundly countercultural act.

Money can’t buy us love because love is a currency of a wholly different order. A holy order, a currency that flows unceasingly from the heart of God, a currency that is precious and valuable because it is unlimited. It is my fervent prayer that you discover this ceaseless outpouring of love in your life, and then let it spill forth from yourself to everyone you meet. If you don’t think there is anyone out there who loves you, just look around. In this place, we do not care about your net worth or earning potential or credit score. We care about you. And so does our God of love.

One thought on “Can’t Buy Me Love”