When my mother discovered that she was going to have a second child, she began thinking up names for the tiny person growing within her. Since she didn’t know until I was born if I were going to be a boy or a girl, she tried all manner of names on for size. She spoke them loudly and softly, lovingly and reprovingly. She paired them with my sister Melinda’s name. She let them roll off her tongue, and she wrote them down to see how they looked on paper. Finally, she settled on a boy’s name – a real winner. Lying in bed one morning, she struck up a conversation with my father: “I think we should name him ‘Tristram.’”

My father sat bolt upright in bed. “Absolutely not,” he said. And so with a mixture of brainstorming, cajoling, and bargaining, my parents settled on “Adam,” thinking the name to be a good, strong one. 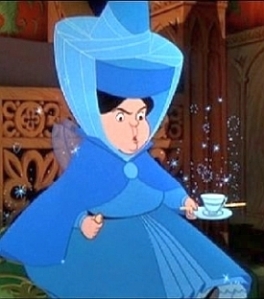 (Just a side note: if I had been a girl, and I’m not making this up, my mother would have named me “Meriwether.”)

Sometimes, I wonder what my life would be like if my dad had agreed with my mother’s initial offering. “Tristram” is certainly less common than “Adam,” not that “Adam” is on a top ten baby name list. “Tristram” comes from the word “sad” in Latin or “tumult” in Gaelic. The variant “Tristan” was one of King Arthur’s knights, the subject of stories and songs, and Wagner’s great opera. You know where “Adam” comes from. When God sculpted the dust into a form and breathed life into the body, what God made was my name. Originally, my name wasn’t a name at all; rather, “Adam” – ha adam – was the word for “human being.” “Man of earth” might be the most expressive translation, though my friends who studied Hebrew in seminary took to calling me “dirt boy.”

Would my life be any different if I had been named “Tristram” rather than “Adam?” Could I have traced a different path with a different name? Does a name really matter in the grand scheme of things? Judging by today’s passage from the Gospel according to Matthew, the answer is “yes.” The right name is significant enough for an angel to tell Joseph just what to call the child growing in his fiancé’s womb. But just one name won’t do: Matthew recalls a second name for this child from the words of the great prophet Isaiah. And these names – Jesus, Emmanuel – these names are more than just names. They are mission statements. They are explanations of the life that God sent God’s only Son to live.

The angel in Joseph’s dream tells him to name Mary’s child “Jesus,” because “he will save his people from their sins.” “Jesus” (Iesous) is the Greek way of writing the Hebrew name “Yeshua,” which we render in English as “Joshua.” In the Hebrew Scriptures, Moses grooms Joshua to be his successor because Moses knows that he’s not going to reach the Promised Land. After Moses dies, Joshua leads the people of Israel out of the wilderness, which had encompassed them for forty years. This hero of the old stories, which were told at the Temple and around the dinner table, finishes the work of bringing the people into the Promised Land. Forty years from God’s initial rescue of God’s people from slavery in Egypt, Joshua helps God close that chapter of Israel’s history.

God saves Israel. This is the mission statement found in Joshua’s name, which means “God saves.” The life that Mary’s child will live years after Joseph gives the boy Joshua’s name accomplishes the same mission. Jesus, the angel says, “will save the people from their sins.” Jesus takes the people out of the new wilderness in which they are wandering. This new wilderness takes up no space on a map. There is no Promised Land a month’s hard trudging through the desert. Rather, the wilderness from which Jesus saves the people is the emotional, psychological, and spiritual desolation that they wrought for themselves. They created deserts around and within themselves through misplaced priorities and apathy toward the less fortunate and worship of all manner of idols, including the very law that was supposed to connect them to God.

Sound familiar? The desolation that the people of Jesus’ time brought upon themselves is the same desolation that affects people today. Our idols might be shiny and new, but our deference to them is unchanged. Notice, however, that the mission statement found in Jesus’ Hebrew name is not “God saved,” but “God saves.” With his resurrection, Jesus signals to people of all times that nothing in all creation – not even death – can keep God from bringing people back to God. We are some of those people. Nothing in all creation can keep Jesus from being in relationship with us. When we embrace this joyous truth, we can participate with Jesus in turning our desolate deserts into Promised Lands.

This constant relationship, this promise kept through the power of the resurrection, brings us to the mission statement found in Jesus’ other name: Emmanuel. Matthew helps out his non-Hebrew readers by translating this name right there in the text. Emmanuel means “God is with us.” Just as God was with Moses and Joshua and the rest of Israel during their forty-year journey through the wilderness, God was still with the people of Israel during their own self-imposed desolation. After all, God is the God of the desert and the Promised Land. But their desolation kept them from seeing the truth that God was with them. In Jesus’ life, the reality of Emmanuel – God with us – found flesh and blood. 17th century poet Richard Crashaw describes Jesus’ Incarnation in this way:

“Welcome all wonders in one sight!
Eternity shut in a span!
Summer in winter! day in night!
Heaven in earth! and God in man!”

After centuries of captivity, after the life-giving words of the prophets had begun to fade from the collective memory, God’s people needed the immediacy, the physicality of the Incarnation to bring them back to God. This flesh and blood reality of God-with-us shocked some folks out of their desolation. They told others and those others told more, and pretty soon, followers of Jesus Christ were spreading to the ends of the earth his good news of abundant life lived for God.

But just as  “God saves” is not simply a past event, “God-with-us” emanates from Jesus’ life on earth through the presence of the Holy Spirit down to us. His “eternity shut in a span” breaks free of the constraints of time, and so we too can encounter Emmanuel in our lives. Jesus promises to fulfill his name’s mission statement even after he ascends to heaven. In the very last line of the Gospel according to Matthew, Jesus echoes this name when he says, “And remember, I am with you always, to the end of the age” (28:20).

Every moment of every day, we have the opportunity of encountering the presence of God-with-us. We have the ability to participate with the God who saves in turning our desolation into a place of springs, where the “wilderness and the dry land shall be glad” and “the desert shall rejoice and blossom” (Isaiah 35:1). In the very names of our Savior Jesus Christ, we find the good news of God for all people. When we discover the presence of Emmanuel and embrace the forgiveness and salvation of Yeshua, of Jesus, we can then begin to ask God what our missions shall be. We can pray, “O God, what would you have our names mean?”