The following post appeared Monday, May 3rd on Episcopalcafe.com, a website to which I am a monthly contributor. Check it out here or read it below. 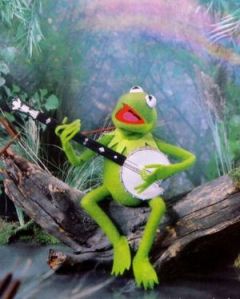 Every February of my college years, the entire student body suffered from a mass case of seasonal affective disorder. The campus of Sewanee is one of the top five most beautiful spots on the planet, but the beauty of the Domain was difficult to appreciate during that dreadful month. What neophytes mistook for simple fog, veterans of Sewanee winters knew was in reality a low-hanging raincloud that hovered over the campus, sapping students of the will to do anything besides curl up under a blanket and nap. The weather lasted for weeks, and when the sun finally broke through the clinging barrier, we students discovered our vigor once again, as if by some sudden leap in evolution, we had developed the ability to photosynthesize.

A version of this same seasonal affective disorder hits Episcopalians every year within a few weeks of Pentecost. We look out over the vast expanse of the upcoming liturgical calendar, and we see nearly a month of Sundays with seemingly no variation, with nothing peculiar to distinguish one day from the next. It’s a sea of green, and without the concurrence of wedding season, the Altar Guild would forget where the paraments are stored.

We call it the season after Pentecost – even the designation gives it the sound of an afterthought. At first glance, those legendary church year framers seem to have measured the year wrong. They only programmed six months! What’s there to do with the rest, those twenty-odd Sundays after Pentecost that stretch on interminably during the dog days of summer and into the heart of autumn? Truly, we blanche at the long months and wonder if the Holy Spirit has enough juice in those Pentecost batteries to get us to the first Sunday of Advent.

The other liturgical seasons are nice and short; indeed, no other season creeps into double digits. Epiphany gets the closest, sometimes reaching as high as nine (watch out 2011!), but it can’t quite get there. And the short seasons always (and satisfyingly) lead somewhere: Advent moves to Christmas Day; Christmas season to the Epiphany; Epiphany season to Ash Wednesday; Lent to Easter Day; Easter season to Pentecost. Each season is like crossing a river or lake to the next feast or fast on the other side. But the season after Pentecost is an ocean, and Christ the King Sunday is in the next hemisphere.

So what do we do to combat the spiritual lethargy that can result from so many Sundays of unvarying green vestments? Well, we could try to split it into more liturgical seasons. So, starting with the Sunday after Pentecost, we’d have the season of the Trinity until mid-August. Then, beginning on August 15th, we’d have the season of the Blessed Virgin Mary until the end of September. Then, we’d have Michaelmas until Advent. There: three more manageable seasons for us modern people with our tweet-sized attention spans.

While this divvying up of the calendar has a certain appeal (especially to all the Anglo-Catholics reading this), I doubt the Church would go for it. So, where does that leave us? Our churches are still stuck in six months of monotonous green! The seasonal affective disorder will attack. Parishioners will fall away! (I know, I know – mostly because of summer holidays, but just go with me on this whole long liturgical season thing.)

Instead of lamenting the six months of green, let’s use the green season to our advantage. Don’t completely shut down program for the summer. Rather, take your cue from the liturgical color. Spend time each week or each month discussing how both the church and the individual can become more environmentally friendly. Devote education time to the intersection between theology and environmental sustainability. Set goals for the parish to meet by the end of the season after Pentecost to reduce consumption. Go paperless for the entire season to cut down on waste. Move service times to earlier in the day and turn off the A/C. Encourage people to bike to church or carpool. Have a light bulb changing party and replace all the lights with CFLs (the curlicue ones). Check out websites like nccecojustice.org for more ideas.

By taking positive steps to live into God’s pronouncement that we are stewards of creation and by staying active through the long days of the season after Pentecost, we can stave off that seasonal affective disorder. Even when the liturgical color hasn’t changed in four months, each Sunday is still a celebration of our Lord’s resurrection. Every Sunday we worship God, who through the Word brought all creation into being. The best way to praise God for that mighty creative act is by preserving it so countless generations to come can also praise God for God’s creation.

It’s a good thing the Green Season is so long. There sure is a lot to do.

One thought on “It’s not easy being green”