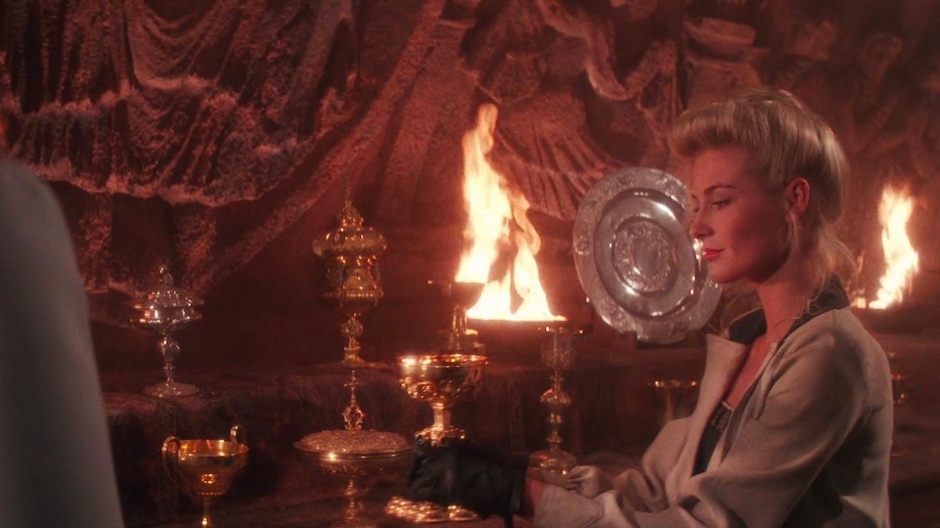 Two and half years ago, I stood in a long line of pilgrims in the Church of the Nativity in Bethlehem. As I inched forward I took in the beautiful mosaics being painstakingly recovered on the walls and floors. I tried to count the oil lamps and candles hanging above the altar. Ahead of me was a short set of stairs that bent away to the left under the sanctuary. This was my destination, along with the pilgrims from my group, not to mention the hundreds of others from other groups who had descended upon the Church of the Nativity that morning. Finally, I reached the top of the stairs. I had to duck to enter the low-ceilinged chamber. The pilgrims ahead of me shuffled along, each stopping for a brief moment to touch something on the floor. I, too, approached. There…there was the spot – marked by a gold many-pointed star. There was the spot (the Church remembers) where Jesus was born. I touched it like everyone else. And I felt…nothing.

The spot was supposed to be one of the most sacred Christian sites in Israel. All the gold and ornamentation surrounding it proclaimed loudly its specialness. All the pilgrims were there because they knew this…this is where the Nativity of our Lord took place. And yet, I exited the claustrophobic grotto feeling no connection whatsoever to Jesus. I would say I was disappointed, but the truth is I expected my reaction. In the days I had spent touring the Christian holy sites of Israel, many had the feel of religious tourist traps. They were encrusted with gold and jewels lest we pilgrims misunderstand their unparalleled holiness.

Every time we visited one of these tourist traps, all I could think about was the movie Indiana Jones and the Last Crusade. At the end of the film, Indy and the bad guy Walter Donovan both arrive in the room with the ancient knight and about a hundred chalices. Donovan goes first, drinking from the most jewel-bedecked chalice of the lot. In the space of about five seconds, he turns into a skeleton and then ash that blows away in the breeze. “He chose poorly,” the knight deadpans. Indy goes next. He grabs the plainest, most nondescript chalice of the bunch, reasoning that this is the cup of a lowly carpenter. Intent on saving Sean Connery from a gunshot wound, Indy drinks. “You chose wisely,” the knight says.

The simple cup was one an actual poor person in ancient Israel might use. All the other, glitzier, chalices in the knight’s cavern were ones the Church would have commissioned to overawe the people who came to worship. Such was my experience at the Church of the Nativity. In its desire to praise God, the Church had wrapped the story of the Nativity in gold and diamonds. And in so doing, from my perspective at least, had completely missed the point of the story.

And that’s why I am eternally grateful to our guide Iyad Qumri for taking us somewhere before our stop at the Church of the Nativity. After lunch, we walked across the street from the restaurant into a field. It was just a field. There was no gift shop, no tourist trap. Down some metal stairs bolted into the side of a hill we went until we reached a cave. The whole group of us – about thirty people in all – piled inside. Within, the cave was larger than we expected: two rooms, separated by about a two foot change in elevation. In the lower room stood a stone trough.

“This,” Iyad said. “This might not be the exact spot Jesus was born, but he would have been born nearby and the place would have looked just like this.”

The stone trough was a manger. Of course, it wasn’t made of wood. Wood was precious and expensive in an arid land where few trees grew straight and tall. That’s why the legendary cedars of Lebanon were so prized. There weren’t many trees, but there was plenty of rock. Immediately in my mind’s eye I could see Joseph filling this stone trough with hay, and Mary placing her newborn son within. There he lay, swaddled to remind him of the safety of Mary’s womb. There he lay, shining as brightly as the star above, as all newborns do in the tear-filled eyes of their parents. There he lay, the Prince of Peace come to a world fractured by so much war and greed and injustice.

I could see all this in my imagination – every Christmas card and pageant and sermon distilled for me into that moment. The discarded stone manger in a cave in a field in the walled-off city of Bethlehem felt so much holier than the golden star that supposedly marked the exact spot of Jesus’ birth. The cave and the stone manger were my versions of the chalice Indiana Jones picked in the movie – relics of the life of a poor family from a once great house, their land conquered and themselves soon to flee the designs of a murderous puppet king.

But now, two years later, I have to check myself. I have to tell myself that the stone trough in the cave was not the manger, but simply a manger. By divinizing that one experience, I would turn it into a tourist trap in my memories of the pilgrimage. Rather, I share the image of the stone manger with you as a reminder of Christ’s humble birth. I share this image with you because I am wearing these beautiful vestments and we are worshiping in this gorgeously adorned church. Tonight we celebrate again the Nativity of our Lord Jesus Christ. We celebrate his coming here and now, even as we celebrate his birth there and then. And this coming happened in great humility – not by a gold-embossed marker, but in an everyday stone trough.

The humility of Jesus’ birth is key. As Paul says in the great hymn of his letter to the Philippians:

Let the same mind be in you that was in Christ Jesus,
who, though he was in the form of God,
did not regard equality with God
as something to be exploited,
but emptied himself,
taking the form of a slave,
being born in human likeness. (2:5-7)

The humble mind of Christ is born in us when we embrace the humility his birth showed. The word ‘humility’ has the same root as ‘humus,’ the living part of soil, the very earth beneath our feet. In other words, Christ was born grounded, in touch with the foundation of existence. Humility is the awareness and acceptance that something larger than ourselves undergirds our lives. Each Christmas, if we can tear our eyes away from the glitz and glamor and refocus them on the humble stone manger, then we will remember the fundamental truth of our existence. We come from God and we are going to God. And here’s the good news. In between our coming and our going, we are with God:

The mighty God who stands beneath us,
the Wonderful Counselor who walks before us,
And the Prince of Peace who breathes within us.

Thanks be to God. Amen.