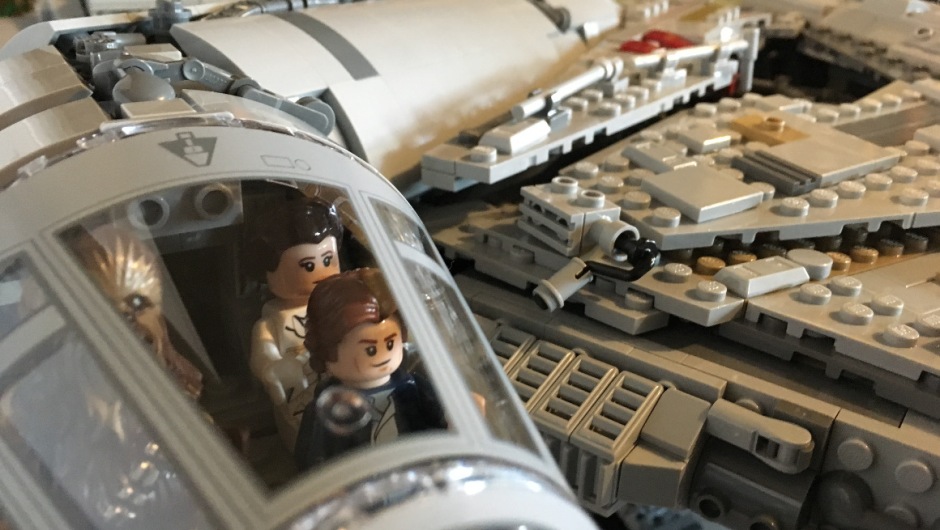 I spent the first week of my sabbatical in my basement building the largest set LEGO has ever released to the public. The 7,541 piece Millennium Falcon was a joy to build. The combination of intense focus needed to complete a set so complicated and the playfulness that comes with both LEGO and Star Wars (two of my favorite fandoms) helped me transition from my norm into the time of sabbatical.

Hours spent building: 25-30
Star Wars movies on in the background: 6.5
Friends who helped a bit: 4
Mistakes I made while building: 3
Fun I had: all the fun

Here’s a video I made of the unboxing of the massive set, as well as a series of still pictures showing the build. If you can’t tell from the video, I’m sort of in love with the graphic design of the boxes. (Also, sorry about the focusing issues with the camera.) 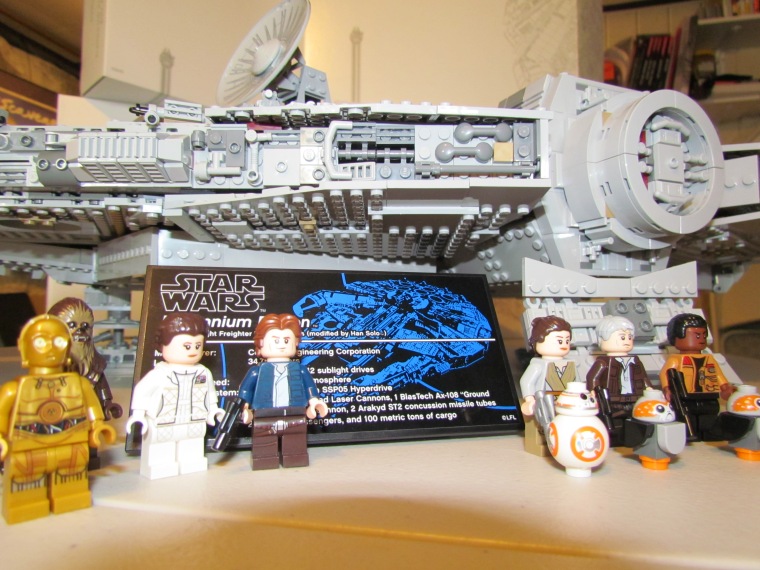 Panels lift to reveal the Falcon’s Interior: Here’s Chewie at the Dejarik table

I spent the first morning just building the interior structure; it took another whole day for the Falcon’s full shape to appear 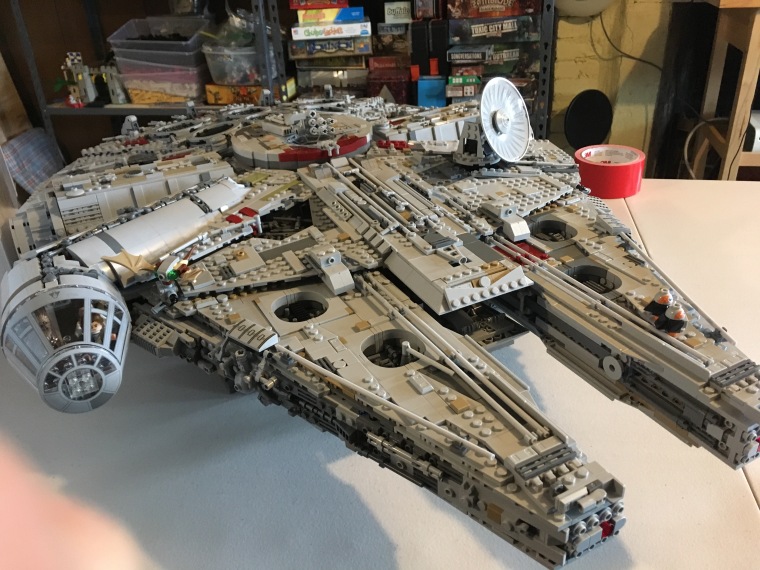 Stay tuned for more sabbatical notes in the weeks to come.